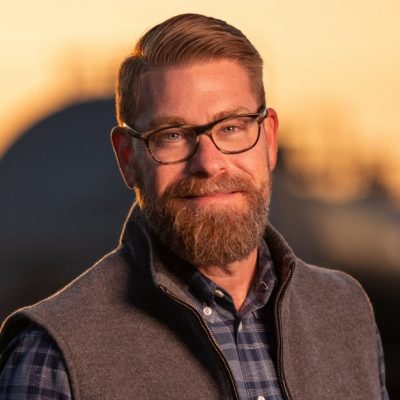 David joined VLS in July 2019 as Vice President of Railcar Services after a 22-year career with its former parent company, Royal Vopak. His career has included critical roles in all facets of the business including Operations, Sales and Marketing, EHS, and Business Development.

After starting his career in EHS & Operations in Houston, David was transferred to Vopak’s international headquarters in Rotterdam where he managed global teams, establishing best practices in operations and safety across a global network of terminals. David then accepted the position of Managing Director for a joint venture between Vopak and Royal Dutch Shell where he successfully shut down the former Coryton Oil Refinery and converted its assets into a world class fuel import and distribution storage terminal for the UK.

After almost 10 years abroad, David was given the responsibility of managing the largest and most complex terminal within Vopak’s global network, which brought him back to the US and to Houston. Under David’s leadership, the terminal realized its highest personnel and process safety performance in 10 years, developed and executed capital growth projects valued over $100 million, and achieved a 20% improvement in EBITDA margin.

David has a Bachelor of Science degree in Marine Fisheries from Texas A&M University. Upon graduation, he worked for the National Marine Fisheries Service where he tracked endangered Kemp’s ridley, green, and loggerhead sea turtles along the US Gulf Coast.In his spare time, he enjoys live music and traveling with his wife Jennifer.

We use cookies in order to improve site performance, offer you a better browsing experience and enable you to easily share content. Cookies are pieces of information stored on your computer in simple text files which our server can read and record. These files do not contain any sensitive information. You can choice allowed cookies or disable all of them. By clicking “Accept”, you consent to the use of ALL the cookies.
.
Read MoreCookie SettingsAcceptReject All
Manage consent

This website uses cookies to improve your experience while you navigate through the website. Out of these, the cookies that are categorized as necessary are stored on your browser as they are essential for the working of basic functionalities of the website. We also use third-party cookies that help us analyze and understand how you use this website. These cookies will be stored in your browser only with your consent. You also have the option to opt-out of these cookies. But opting out of some of these cookies may affect your browsing experience.
Necessary Always Enabled
Necessary cookies are absolutely essential for the website to function properly. These cookies ensure basic functionalities and security features of the website, anonymously.
Functional
Functional cookies help to perform certain functionalities like sharing the content of the website on social media platforms, collect feedbacks, and other third-party features.
Performance
Performance cookies are used to understand and analyze the key performance indexes of the website which helps in delivering a better user experience for the visitors.
Analytics
Analytical cookies are used to understand how visitors interact with the website. These cookies help provide information on metrics the number of visitors, bounce rate, traffic source, etc.
Advertisement
Advertisement cookies are used to provide visitors with relevant ads and marketing campaigns. These cookies track visitors across websites and collect information to provide customized ads.
Others
Other uncategorized cookies are those that are being analyzed and have not been classified into a category as yet.
SAVE & ACCEPT